World Hip Trauma Evaluation Four: (WHiTE Four)
A randomised controlled trial of the sliding hip screw versus X-Bolt Dynamic Plating System for the fixation of trochanteric fractures of the hip.

Fractures constitute a heavy socioeconomic burden worldwide. The cost of this clinical problem is estimated at 1.75 million disability adjusted life years lost, 1.4% of the total healthcare burden in established market economies. Sliding hip screw fixation (SHS) is well established in the treatment of extracapsular fractures. However, in some hip fractures there is deficient bone to share load with the fixation device leading to failure of the fixation. Revision surgery, to either re-fix or replace the proximal femur is complex and the outcomes are poor in this frail group of patients. The X-Bolt Dynamic Plating system (XHS) builds on the successful design features of the SHS but differs in the nature of the fixation in the head. Expanding flanges are deployed to engage and compress the surrounding cancellous bone improving fixation. The use of the X-Bolt XHS has increased over the past few years - with an increasing number of trusts in the UK offering this treatment as standard of care.

Study results published in BJJ. There was no statistically significant difference in the health-related quality of life at four and 12 months between X-bolt Dynamic Plating System and the sliding hip screw

The database is now locked for analysis, results wil be available soon!

All sites have received their own recruitment targets for March- Wexham Park and Royal Victoria Infirmary Newcastle, University Hospital Coventry and Warwickshire have reached theirs- thank you all!

Only 28 randomisations until end of recruitment!

1053 participants recruited to date. Getting so close to the target of 1128!

Keep up the good work, we're nearly there- 128 participants to go!

Just 37 more patients are required to get 1000 participants!

We will be holding a teleconference for all participating sites for sharing their experiences and concerns about the trial. We'll discuss how to optimise general trial procedures ( screening, consent process, data collection) with the focus on recruitment. For further details, please email white4@ndorms.ox.ac.uk

August 2017 Top Recruiter: Coventry and Warwickshire University Hospitals. Thumbs up to the team in Coventry for recruiting 8 patients to WHiTE 4 trial in August!

24 July 2017: 700th participant! Congratulations to Queen Alexandra Hospital, Portsmouth for recruiting the 700th WHiTE Four patient today! Many thanks and keep up the good work!

11 April 2017: 500th participant! Congratulations to Wexham Park for recruiting the 500th WHiTE Four patient today, and many thanks to all research staff for your efforts.

31 March 2017: HALFWAY THERE.... Coventry recruited our 482nd participant today, which brought us to our halfway point for the trial, and Northumbria took us over the halfway point on April 4th with participant 483. It's all downhill from here..!

21 February 2017: 400th participant recruited! The research staff at Royal Victoria Infirmary recruited our 40th participant today. Thank you all for your hard work with screening and recruitment of participants to WHiTE Four!

31 January 2017: TOP Recruiters for January = Northumbria (19 participants). This is the highest monthly recruitment number (75) since WHiTE Four opened for recruitment in June 2016. Thank you to the NSE research team for all of your hard work!

14 September 2016: The 100th WHiTE Four patient has been recruited by University Hospital Coventry!

16 June 2016: The John Radcliffe Hospital is now open to recruitment. 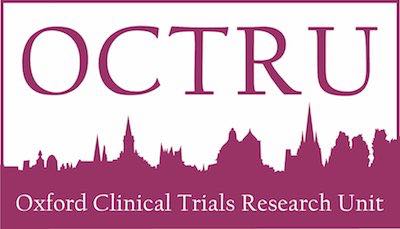